Rain at the North Pole

Man Arrested, Claims To Be Meatloaf

Man Arrested, Claims To Be Meatloaf // via Current

here’s the best part — he was wearing a vampire costume

By carol Posted on September 22, 2009 Posted in Animals, Stuff

By spunkycarol Posted on August 21, 2009 Posted in Stuff

Robots evolve to deceive one another // Current

Mystery “Blob” in Arctic: Algae or “The Thing”?

By spunkycarol Posted on July 18, 2009 Posted in Climate Change

Time Magazine has a story on a massive “blob” in the Arctic Ocean off the Alaska coast. Tests have deemed it to be a massive bloom of algae.

By spunkycarol Posted on July 11, 2009 Posted in Animals
Tagged with: Strange

By spunkycarol Posted on June 30, 2009 Posted in Climate Change 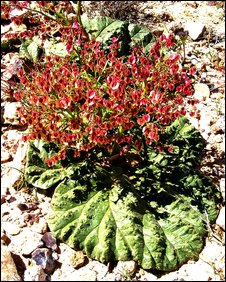 The Plant That Can Water Itself

” The Desert Rhubarb can hold 16 times more water than its rivals and has developed a unique ability to effectively water itself in its barren habitat.

Scientists claim ridges in the leaves act like mountain valleys, funnelling the water slowly and directly into the plant while stopping it evaporating.  A team from the Department of Science Education-Biology at the University of Haifa-Oranim, in Israel, said the leaves act like a mini irrigation system.  Lead researcher Professor Gidi Ne’eman said “We know of no other plant in the deserts of the world that functions in this manner.  We have managed to make out the ‘self-irrigating’ mechanism of the desert rhubarb, which enables it to harvest 16 times the amount of water than otherwise expected for a plant in this region based on the quantities of rain in the desert.” 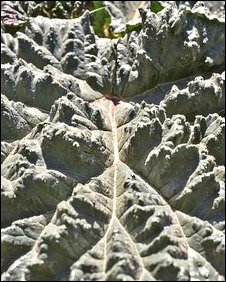 The topography of the leaves channels water to the roots (S. Lev-Yadun)

Q: How Many Cats Does it Take to Fill a Mobile Home?

By spunkycarol Posted on May 17, 2009 Posted in Animals

via wtop.com
{no pictures to go with this story, thankfully}

A Frederick County woman could face animal cruelty charges after officials found 192 live cats and seven dead ones in a mobile home.

McLaughlin could face charges of animal cruelty and animal neglect. She was not present when her cats were confiscated and has been hospitalized in Prince William County since Friday.

Officials said Wednesday that the home contains so much cat waste and cat hair that it will probably be demolished.”

By spunkycarol Posted on March 14, 2009 Posted in Stuff

Caught on the Throne

By spunkycarol Posted on March 17, 2008 Posted in Stuff

Caught on the throne : Wacky Archives

“While some companies try to keep toilets clean with some funny toilet signs, others go out of their way and install security cameras. It’s a far-fetched measure, but it gives you a lot of insight to what people are doing in there, except for the obvious things. Here are the oddest captures from these cameras! ”

Donations to help defray the costs of this site are kindly accepted and appreciated!
Via Paypal: paypal.me/spunkycarol
Top